February is a tough month and always will be, every year it comes around and it doesn’t get easier. I am good at getting up, storming along with life - pretending like it never happened. It did, and it will always hurt, especially in February.

I woke up in an unfamiliar flat with no recollection of why I was where I was and who I was with.

A few days later the police, taking without question the word of a group of men who until that morning were entirely unknown to me, informed me I had had ‘consensual’ sex with complete strangers. Screaming didn’t help, nothing helped relieve my pain, the only glimmer of hope was to one day have the courage to help others and raise awareness. It never crossed my mind it would happen to someone I knew, yet alone me. My life changed, forever, did theirs? Probably not.

I quickly realised the word ‘rape’ was not easy to say out loud, and people did not like hearing or speaking about it. Rape, let me define what most people think it means:  being pushed down an alley way by a male figure and being forced to have sex. Rape comes in many forms, just because I wasn’t raped down an alley way and because I was at a club before does not mean I was not raped. I was.

A few days later I wanted to have posters made letting all the other girls at my university know there were rapists close by. By then the shame kicked in full throttle, the word rape was too hard to say out loud, and in the end my courage flooded out of me – replaced with the heaviest sense of shame and regret. Why did I go out that night? Why did I do this, or this? What if I had...? The shame. Someone close to me at university asked, “are you sure it wasn’t consensual?”. My world crumbled even further into a dark pit of self-loathing.

Four years later, with the support of Solace’s Rape Crisis, my family and true friends, I regained strength and my courage returned. Being chosen to run the London Marathon for Solace meant having to finally tell all my friends and extended family what I had gone through in February 2014. I had only told a few people up until then, it was the only thing I felt I could control. I lost that control by agreeing to run for Solace, I had to share my story to raise awareness. The anxiety and shame returned when I posted my story on Instagram. I turned my phone off for hours, dreading the backlash and whispers. It felt like February 2014 again.

When I turned my phone back on I was completely overwhelmed by the kindest words of support and donations to Solace. Speaking out and becoming an ambassador for a charity who helped me get to where I am today was and is the best decision I have ever made. Speaking out with courage and strength matters. If we don’t talk about rape we will continue to live in a world of self-doubt and shame.

It never stops hurting, we have invisible scars but it is time to talk about them, let's shame the shame.

Inspired by Georgi? Sign up to a challenge event today 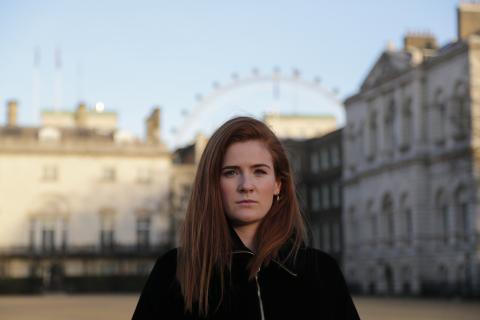