My name is Sarah and this is my story of surviving domestic abuse.

We met through mutual friends. I was working as a drugs and alcohol counsellor, delivering group workshops to rehabilitate those in recovery. He was a former drug addict who had committed to a programme and felt it had changed him as a person. I always believed in giving people second chances and admired how far he had come.

I ended up working in this area because my mum was an alcoholic and I couldn’t save her. As a child I lived in a home with severe domestic violence and to cope with it all my mother turned to alcohol, drinking all day just to feel normal. My dad would come home and smash up the door, throw bottles at the wall, and consistently beat my mum to the point where I would have to lie on top of her to stop him from killing her. It was intensely stressful environment to grow up in, never knowing when he would lose it, always worrying about her safety.

When I was eighteen my mum committed suicide. It devastated me and left me feeling very vulnerable. I began drinking a lot, thinking about the violence that she had suffered. Luckily I had access to counselling and rebuilt my life, creating for myself a normal and calm environment with a stable relationship and two children.

When this relationship broke down, I found myself single and I didn’t like being alone. This was when I met him.

A gentle giant, he was handsome and charming and took such an interest in me. As a child, my parents never asked where I was, it was always me trying to find them. Suddenly to have someone ask me where I am, what am I doing – I thought he must really care about me.  He would ring me all the time to check where I was, what I was up to, or who I was with.

I identified with his story too. His mum had also been an alcoholic and he had been put into care as a child. He had a terrible childhood, and much injustice had happened to him. When I fell pregnant with my son he became much more controlling, verbally abusive and frustrated. I started to make excuses for his lack of trust in me, rationalising that this was because of his childhood.

The first time he hit me was after my son was born. I was holding him and then suddenly there it was. I was shocked. Once that happened, it happened all the time. He would strangle me, pull out my hair, smash things around the house. He was sexually violent, coercing me into doing things I didn’t want to do so he wouldn’t wake the children up. He would say he would never do it again, but he would again and again.  I felt so out of control of my own body, my own life.

I still made excuses however, minimizing my experiences by refusing to equate my violence with that of my mum’s. My mum had her blood spattered on the wall, broken bones.

I fell pregnant again and then the violence escalated once more. I felt that I was constantly walking on eggshells. I couldn’t do anything right. The food I cooked was too hot or too cold. My body was too fat or too thin. He never thought I looked after the children enough. He would blame me for the abuse, saying that I provoked him, blame me for the police coming because I screamed.

The day I told him I was going to leave him, he flew into a rage, broke my ribs and ruptured my spleen. On arrival at the hospital they found internal bleeding, stating had I come twenty minutes later I might have died. He followed me there and whispered in my ear that if I told them what happened he would break my other ribs too. I couldn’t speak, couldn’t shout as I had to stay really still to receive my blood transfusion. It was terrifying.

Instead I told the hospital that I had fallen off one of the children’s bunk beds. The consultant was not easily fooled and said I was lying, that either I had been beaten up or been in a car accident, such were the severity of my injuries. I was forced to tell the truth, and social services stepped in. He was arrested but given bail, which made me nervous. Luckily he was soon arrested for an unrelated drugs charge and was put away. He would ring me from jail threatening to kill me, but it was a real sense of relief knowing that he couldn’t.

This was when social services put me in touch with Solace Women’s Aid, which really changed my life. My self-esteem was so low due to the daily abuse. He had blamed me so much that there was a part of me that really believed it was my fault. Solace showed me it wasn’t. My caseworker was so nice. She sorted everything out for me, how to get benefits, grants to pay for school uniforms, access to children’s services, even a babysitter. When I had my first job interview Solace helped me go to a place where I could get the right clothes to wear. It was like having a family around me that could help me rise out of the ashes and come back to life.

Then I started accessing parenting groups and workshops which changed everything. It was like going to a university of recovery. Being with people who have all been through what you have, it was so understanding and supportive.

My own children were traumatised by witnessing the abuse, and to this day have issues with behaviour, relationships and trust.  My youngest son was so anxious at just five years old, he would ask me to get off the bus if he perceived danger. I want to emphasise how important it is that children get the help they need. When you witness domestic abuse as a child it has a massive impact. It affected me, and it continues to affect my children. We need to make schools aware, to train teachers, to put the right support services in place.  I am so thankful that my son benefitted from play therapy at Solace, it has made him better able to express himself.

The first month he was released from prison he was spotted near my house and arrested. He was demanding access to the children and I was so nervous about what might happen. Solace helped me with the process to obtain a prohibitive steps order, preventing him from ever contacting the children again. It was an amazing result, and their support right through from speaking to lawyers to appearing in family court – it changed my life and the life of my children’s.

I am in a place where I am no longer scared of him or his family anymore. I feel confident and empowered to build a better future. I am not ashamed anymore.  I want to tell anyone who is going through this or who is struggling in the aftermath, it does get better. You must talk about it, that’s the first step.  Tell anyone you feel safe to speak to. Anyone. To all the women who have walked away without support, the trauma is still affecting you. Seek help, there are so many services available.

I am really lucky that my children and I got the help we needed from Solace.  It felt like a tsunami had come into my life and smashed us to pieces, and we were recovering piece by piece. Instead of turning to alcohol to cope I turned my life around.  Solace brought up my self-worth and reminded me of my strength, that there is life after abuse. 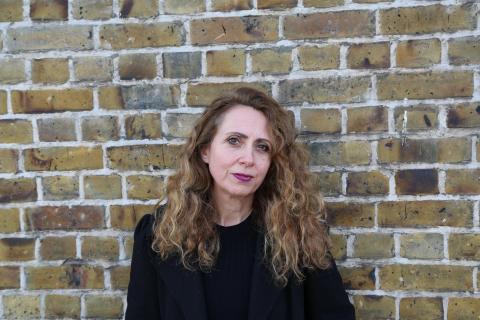