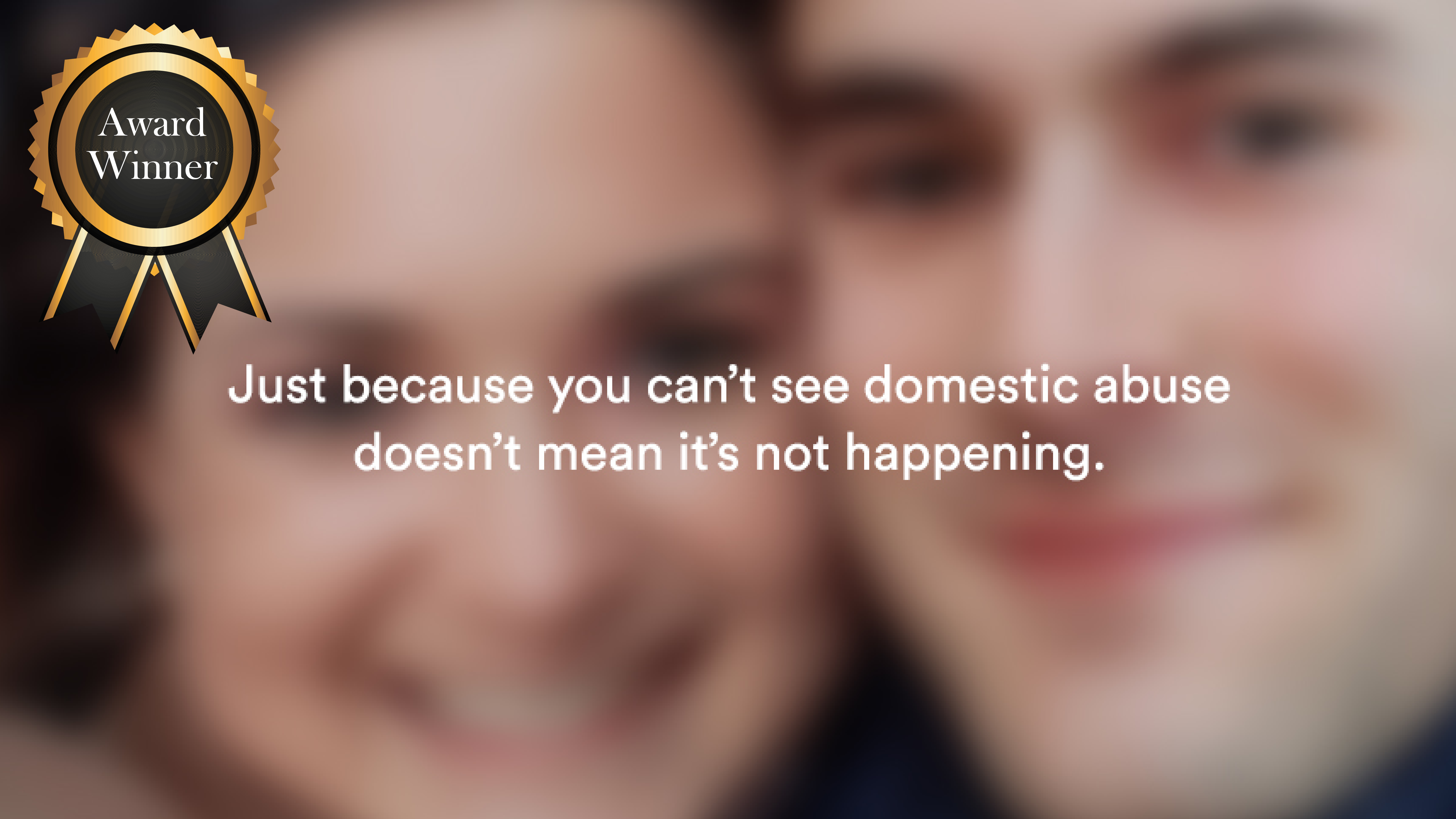 We are raising awareness around #HiddenAbuse - and offering help and support to those it’s happening to - through a ground breaking Twitter campaign.

We found that it takes, on average, six and a half years for a woman to leave an abusive relationship.

Hidden abuse can include controlling and coercive behaviour; cutting people off from their friends and family; and making them feel afraid and belittled are all forms of domestic abuse. But because the violence isn’t obvious or ‘seen’, it can often be ignored and even normalised.

Our campaign used Twitter’s ‘hidden replies’ control, a feature that provides people with the option to hide replies to their Tweets and manage their own conversations.

To demonstrate the hidden story behind domestic abuse, Twitter users saw a Tweet from @SolaceWomensAid that showed a photo of a seemingly happy couple accompanied by the contrasting phrase: "This is what domestic abuse looks like." Intrigued users will then were challenged to find the hidden story, discovering the true reality behind the picture by clicking into the Tweet and on the ‘hidden replies’ button.

The feature then revealed a video that plays out the controlling and abusive conversation between the couple - revealing a very different story to the happy selfie. Anyone who viewed the film is then encouraged to share the revealing journey with their followers.

The campaign was created by STACK, in collaboration with Solace and Twitter and has received gold for the Best Use of Technology category for the Drums Social Purpose Awards,  silver in the Creative Circle Awards (Best Online Charity and Public Service category) and BIMA 10 award.

Survivors of domestic abuse seeking help or advice are encouraged to visit: solacewomensaid.org/hidden-abuse
Or women in London can call Solace’s advice line on 0808 802 5565 or anyone can contact the 24-hour National Domestic Abuse helpline on 0808 2000 247 or to call 999 if they’re in immediate danger.