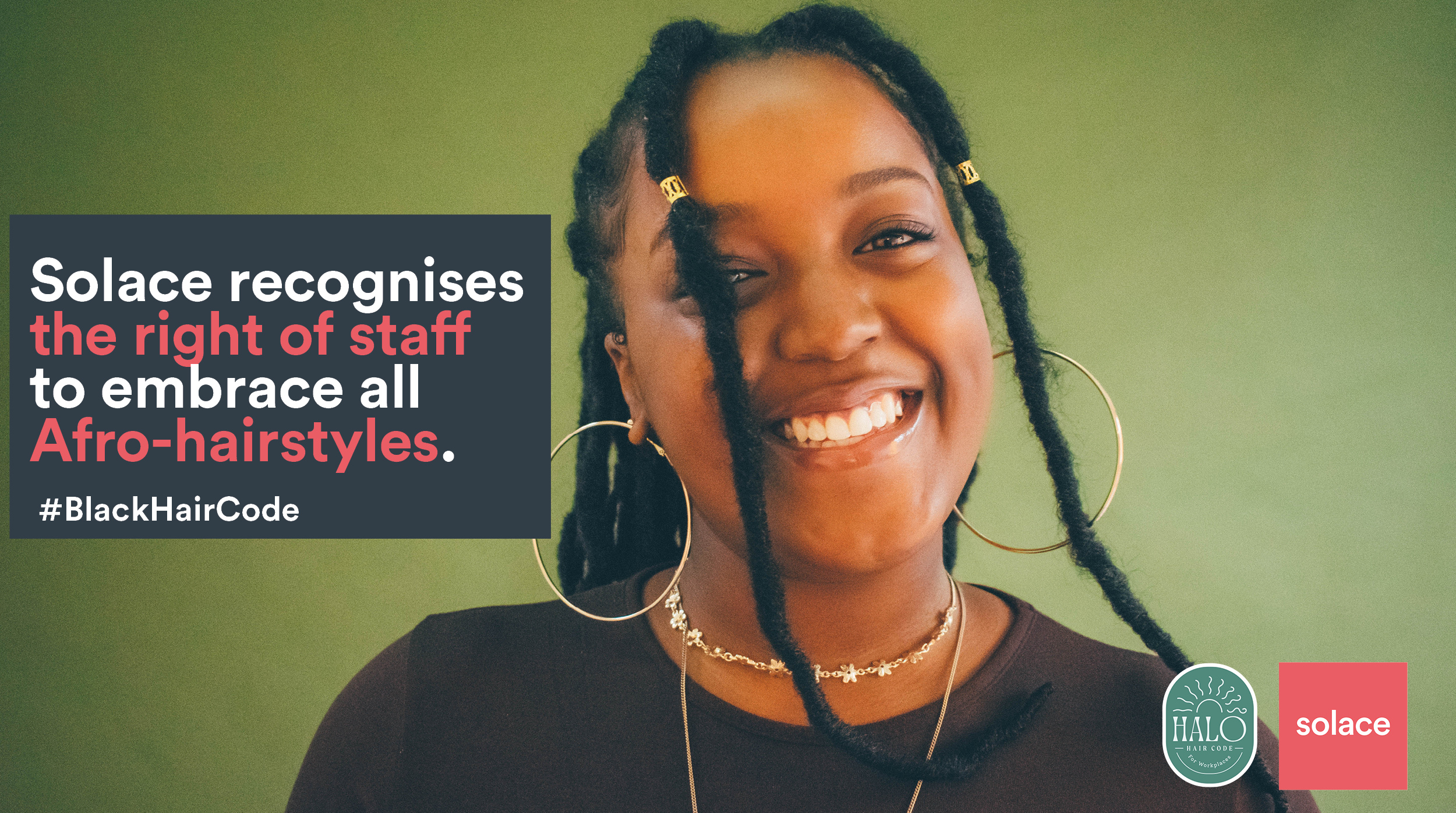 We are excited to announce that Solace has adopted The Halo Code, the UK's first Black hair code. No Black employee should have to change their natural or protective hairstyle in order to thrive at work.

Solace recognises the right of staff to embrace all Afro-hairstyles. We acknowledge that Afro-textured hair is an important part of our Black employees’ racial, ethnic, cultural, and religious identities, and requires specific styling for hair health and maintenance.

We celebrate Afro-textured hair worn in all styles including, but not limited to, afros, locs, twists, braids, cornrows, fades, hair straightened through the application of heat or chemicals, weaves, wigs, headscarves, and wraps.

At Solace, we recognise and celebrate our colleagues’ identities. We are a community built on an ethos of equality and respect where hair texture and style have no bearing on an employees ability to succeed.

About the Halo Collective:

We are an alliance of organisations and individuals working to create a future without hair discrimination, founded by young Black organisers from The Advocacy Academy.

Race-based hair discrimination has been illegal in the UK since the Equalities Act became law in 2010, and yet it still happens all the time.

For too long, Black people have been told that our hair textures and hairstyles are inappropriate, unattractive, and unprofessional. We’ve been suspended from school, held back in our careers, and made to feel inferior by racist policies and attitudes.

Together, we are fighting for the protection and celebration of Black hair and hairstyles.