16 Days of Activism against Gender-Based Violence

Each year, from 25th November (International Day for the Elimination of Violence Against Women) to 10th December, (World Human Rights Day) the 16 Days of Activism campaign calls for action against one of the world’s most pernicious violations of human rights – violence against women.

Organisations like Solace have been working for decades to support victims/survivors of abuse and striving to raise awareness of the impact of gender-based violence, discrimination and the societal damage caused by misogyny.

We’ve all achieved so much and we’re proud of our work., Last year Solace supported nearly 30,000 women and girls and we know we help to improve the lives of women daily. We know our sister organisations are working equally hard and making huge differences daily, we support and honour them.

But we all still need to do more, the epidemic of male violence against women and girls continues, many women are still overlooked and voiceless, too many still live with fear and shame. We need to stand together in solidarity.

Throughout these 16 days, we’ll be running webinars, attending events and staffing stalls out in the community.

In the UK alone a woman is killed by her abuser every three days. According to ONS statistics, in the 12 months to September 2021, only around 1.3% of the record 63,136 reported rape offences logged by police resulted in a suspect being charged and more than 80% of women who have experienced sexual abuse say they didn’t report it to the police to begin with.

Black and minoritised women are even less likely to report abuse due to fears around the prevalent institutional racism in the Police and the Criminal Justice System.

This is a societal problem that needs to be addressed and this enduring hatred of women and particularly marginalised women must be discarded in favour of a better, fairer, safer way of living for everyone.

Women and men need to stand with us during these 16 days. Let’s all raise our voices and together we can make change happen. 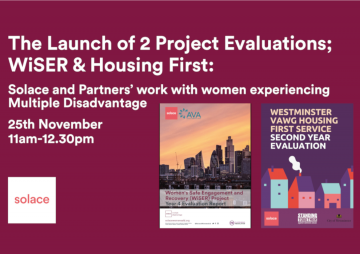 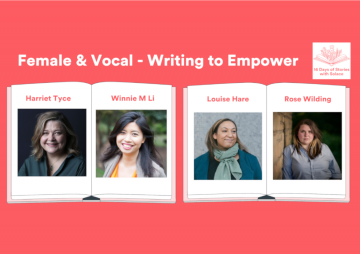 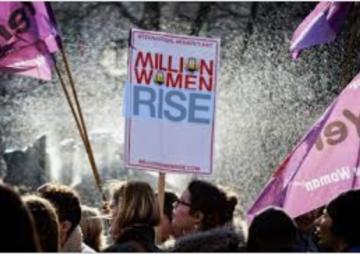