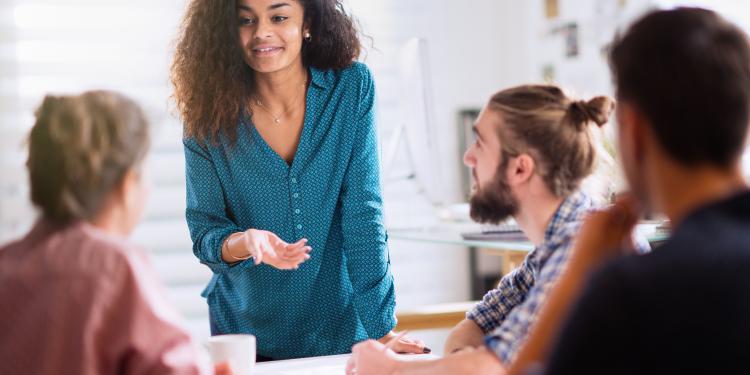 Our work with Damsel Productions and Pint Sized Plays

"We cannot recommend Solace and their work highly enough."

We were working on a play which explored the root causes and impact of sexual violence. We were producing Fabric at Soho Theatre in central London, but wanted it to reach the working class communities at the heart of the story, and for the production to have an impact on preventing sexual violence.

One of our producers had already worked with Solace, who were supported by a previous production; she had been incredibly impressed with their work, and really enjoyed working alongside them so we thought it would be worth reaching out.

Many of our facilitators and participants had framed violence prevention work as confrontational - having to create an antagonised situation with a perpetrator. However, this was not the case. Solace showed us deft ways to de-escalate a situation and put those in danger in control and at the center of our thoughts.

The workshops were brilliantly created, so that even after a relatively short session participants felt ready to intervene in public spaces and in the workplace. Many participants came from a place of little understanding to high confidence in a short space of time.

Many of us have since used Solace's training in our day-to-day lives; only the other week I saw a man staring at a woman sitting opposite him on the tube, deliberately making her feel uncomfortable. Where before I would have been frozen between doing nothing and confronting the man, Solace had shown me how easy it was to simply stand in his eyeline until he gave up.

Solace were kind, patient and compassionate with us in helping us to an understanding of violence prevention work, precise, inventive and professional in devising the workshops, and always wonderfully supportive. We came into the partnership with a huge respect for everything Solace do, and came away with that respect deepened, and with huge affection for a brilliant team.

Our confidence in preventing sexual violence has risen enormously, and every step of the process with Solace was smooth and fun. We came into the partnership with a huge respect for everything Solace do, and came away with that respect deepened, and with huge affection for a brilliant team.