*Trigger Warning* Some of these stories may be upsetting. 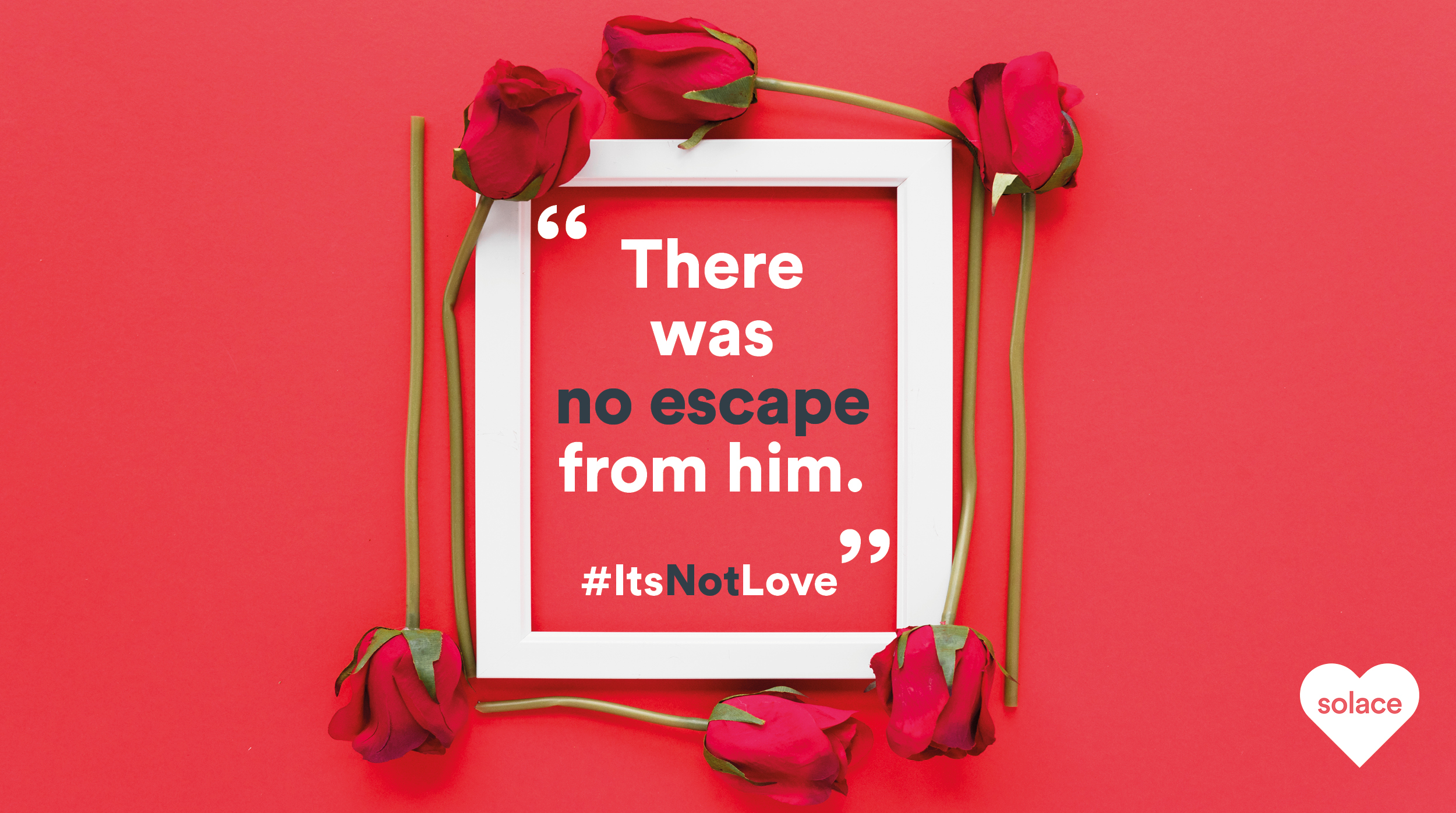 Cassie was subjected to years of stalking by an ex-partner. He used different tactics to establish contact with her, sending gifts and money to her house, and he continuously created new social media profiles, to harass her friends and family. Eventually, he became more threatening and malicious, sharing intimate pictures of her.

“Even when living in different countries, my ex-partner found relentless ways to humiliate and harm me by exploiting largely unregulated digital space. There was no escape from him. ”

When Cassie tried reporting the stalking and intimate image abuse to the police, both in the UK and the country where her ex resided, the barriers of a different jurisdiction meant there was little that could be done to stop him.

Fearing repercussions from him if her case was taken to court, Cassie decided that the best option for her safety would be to continue to ignore the abuse.

Stalking is neither romantic nor flattering. Stalking is a crime that overwhelmingly affects women and is responsible for over 90% of homicide cases. 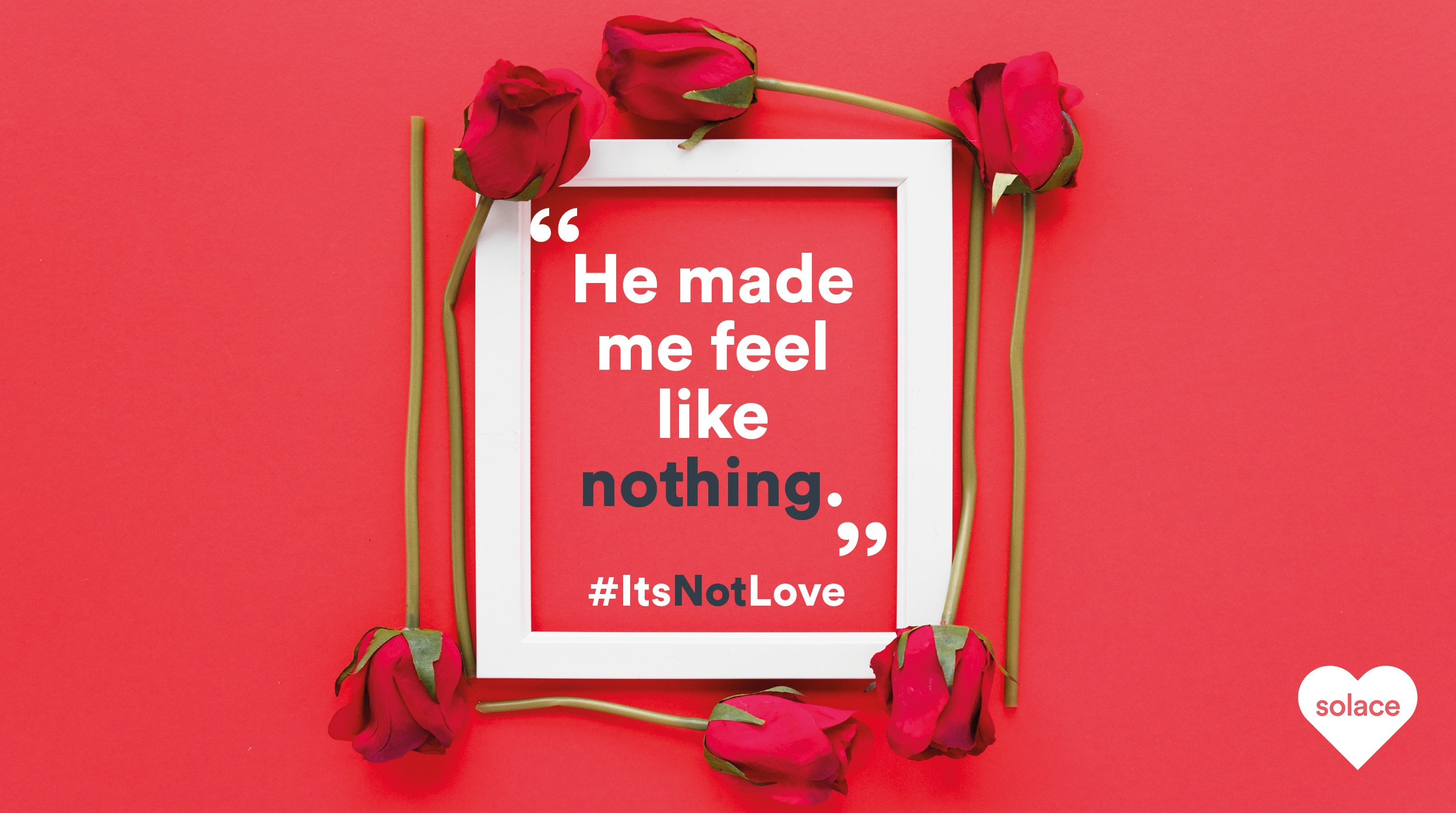 Fola was living with her 3 children and partner. He exhibited controlling and coercive behaviour with his exacting demands, made her feel degraded, humiliated and live in fear of being punished - nothing she did was good enough. She felt constantly anxious as she did not know what would bring on unreasonable behaviour.

“He made me feel like nothing, always putting me down and twisting everything.”

She eventually decided to leave and stay with family. She did not have any settled accommodation, so she was moving weekly to different relatives and friend’s houses. Her ex-partner persisted in contacting her at all hours, threatening to remove her children. He also contacted the children via social media to further his abuse.

Solace has helped Fola to this leave abusive relationship. She and her children are now settled in their own home and into new school, alleviating the pressure at both home and school. 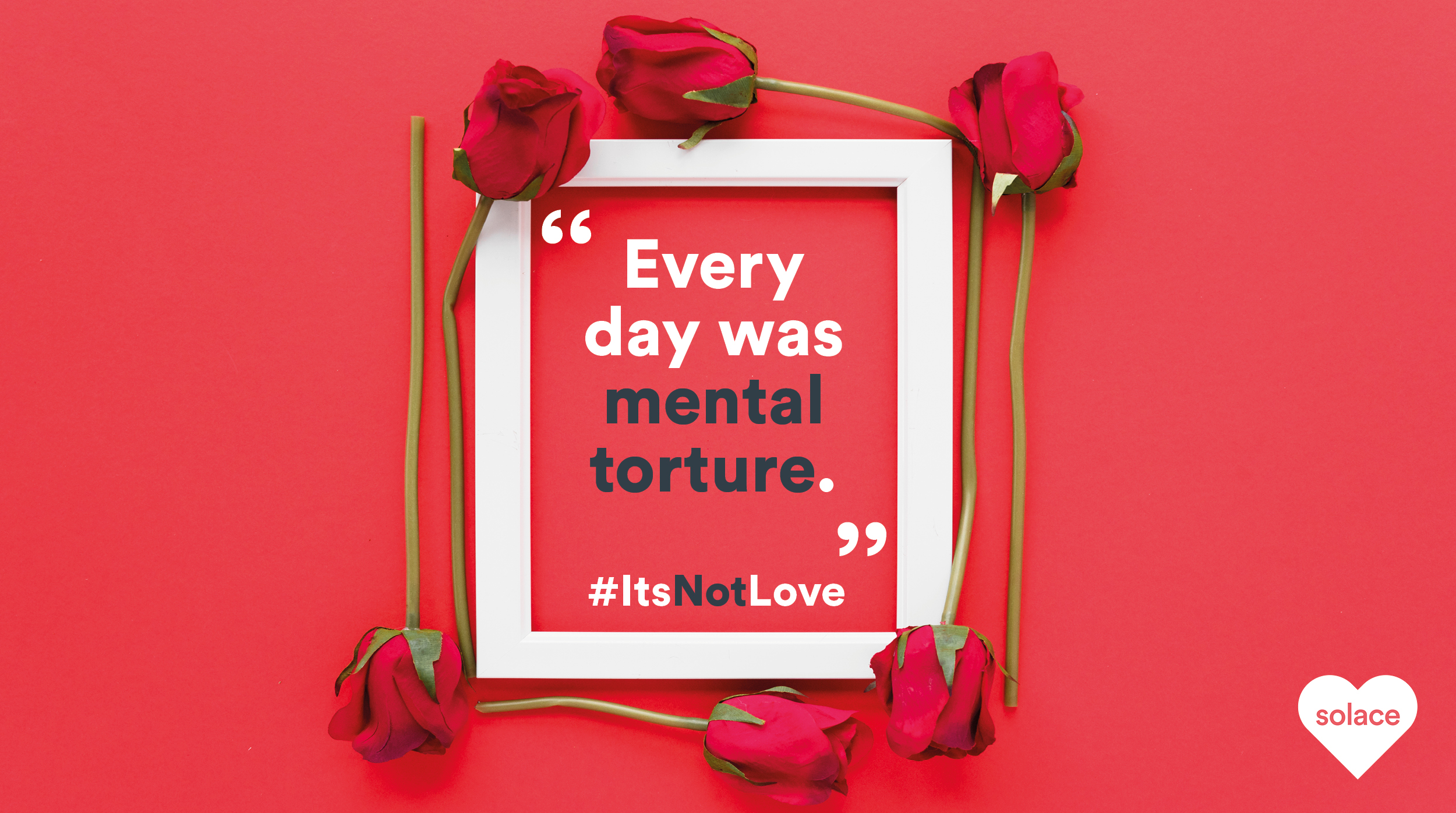 Sally experienced a ‘long campaign of mental torture’ throughout her entire relationship with her husband. After they had married, he forced her to give up her job to be a ‘stay at home wife’, despite her master’s degree and love of her job. He also restricted access to her parents, further isolating Sally.

Her husband was verbally and physically abusive to her for not obeying him. As punishment, he often retaliated by leaving the home and shutting off the gas and electric leaving her frightened and scared.

Sally had no money to leave, so spent evenings sleeping in a freezing house over winter, with her and her young children huddled under all their blankets in one room.

“He was emotionally abusive and very controlling. He made threats to take the children away and beat me in front of the children, threatening suicide”.

After she was referred to Solace, we helped Sally to safely move to another borough with her children. She now has a non-molestation order and is supporting the police in an ongoing investigation and she has not heard from her husband in months.

“Solace helped me morally, socially, emotionally, financially. I came back to life after contacting you. You gave me hope, and strength to live.”

Loving someone isn’t about controlling them, or restricting them, or punishing them. That’s not romantic. 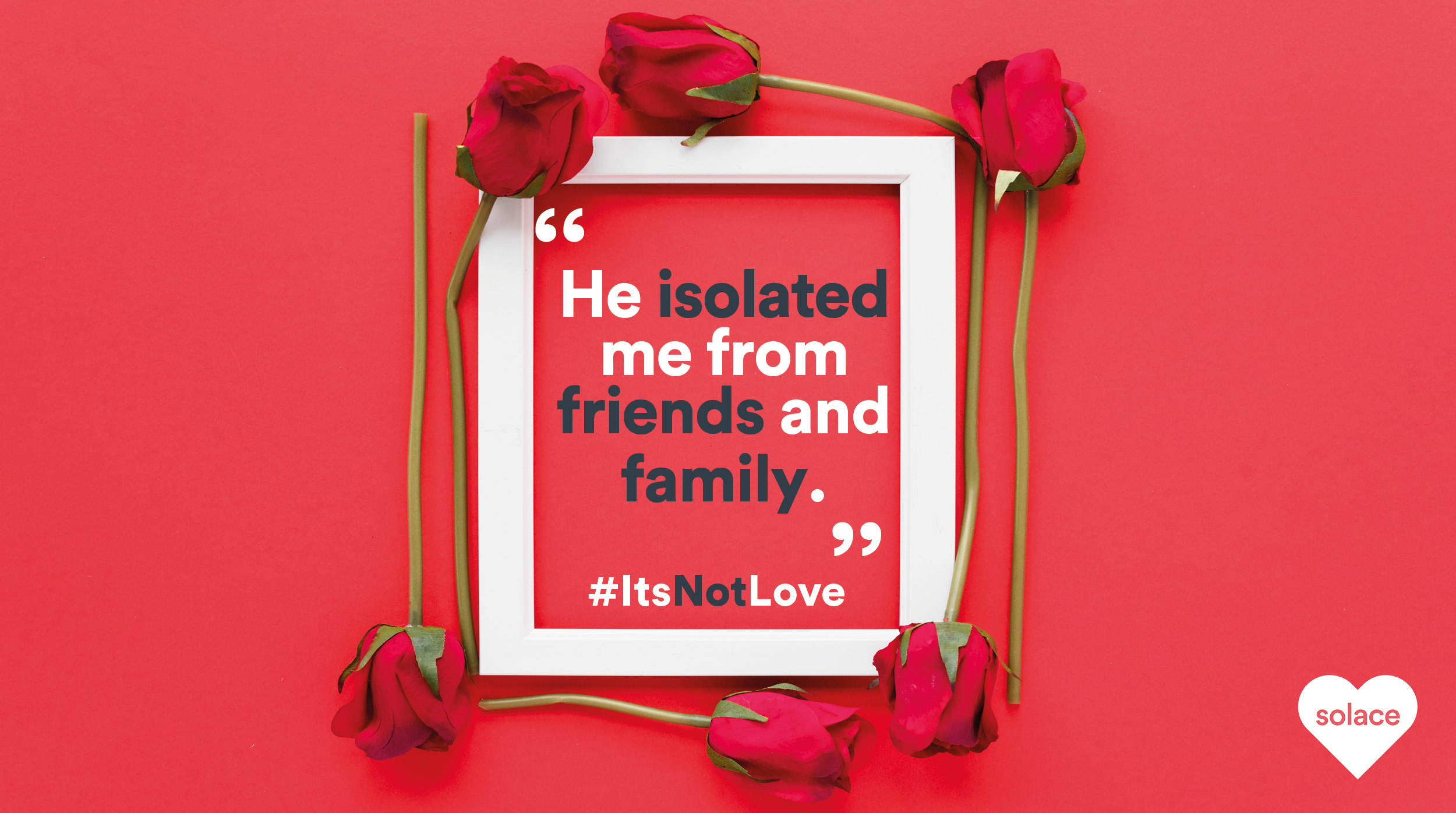 Anaya was living with her young daughter and husband. She was physically assaulted by her husband in front of her daughter, and she called the police. He was arrested and given bail conditions to not return to the property or contact Anaya again.

She was subjected to coercive controlling behaviour, as well as emotional and financial abuse throughout the marriage.

“He would constantly ask me where I was and what I was doing, he isolated me from friends and family - he never wanted me to be in touch with them or ‘mix with anybody’”.

After her husband’s arrest, the police contacted Children’s Services, who referred Anaya to Solace. We worked with Anaya to alleviate the stress caused by her financial situation. She was referred into a specialist ethnicity service to help with financial and benefits advice.

Anaya was informed of her right to apply for council tax reduction now that her situation had changed, and she was supported to liaise with the council around this.

She was also referred for one to one counselling, as well as a divorce service. Solace also provided support around the criminal case in liaising with police, ensuring that an interpreter kept Anaya up to date with the case.

“The trial is so important to me; I just want justice to validate my experience and help me to move on with my life.”

Isolating your partner and keeping them away from people they care about – that isn’t love. 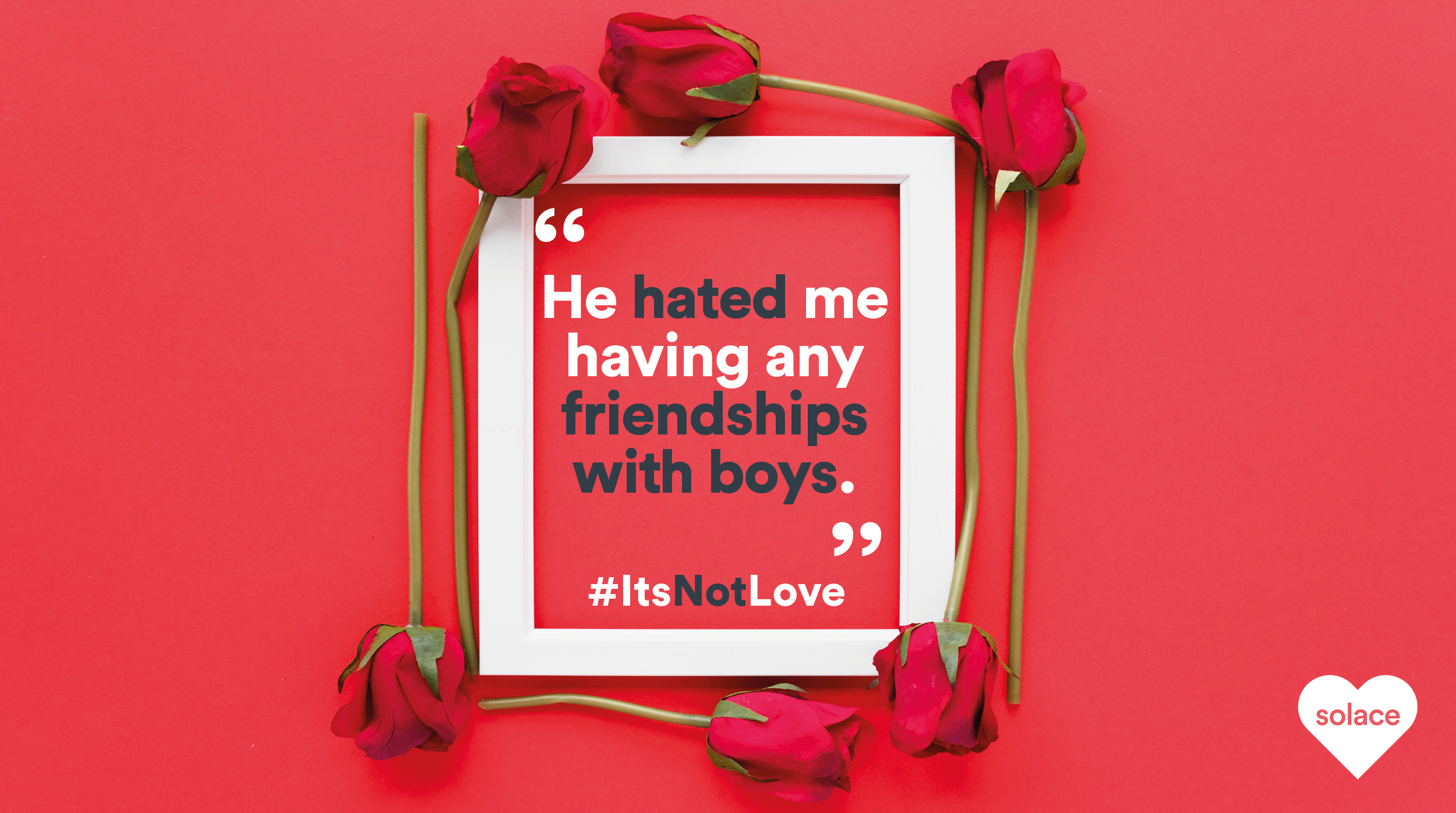 Amy had experienced ongoing emotional and physical abuse from an ex-partner, as well as coercive control, stalking and harassment. She was terrified after an incident where he turned up at her college, he tried to confront her at her home, leaving gifts and then causing damage to her parents’ property.

Amy was in a relationship with the perpetrator for two years, during which time he would regularly hit her, particularly if he saw messages from other men on her phone.

“He was very controlling, he hated me having any friendships with boys.”

Amy received hundreds of texts and calls from him, and eventually she blocked his phone number. He then began creating fake Instagram accounts as a means to harass her.

Amy was told by her college that she would no longer be able to continue on the course she was studying in-case he followed her to her placements. Solace worked alongside the college to place Amy at another institute, and onto another similar course.

Amy and her family were also relocated into temporary accommodation, following fears that merely changing the locks would not prove sufficient protection. Solace has also provided counselling with Amy, to challenge feelings of guilt and self-blame.

“I feel so much happier and safer, knowing that he doesn’t know where I live or study.”

If jealously turns into threats, stalking and controlling behaviour – that’s not love. 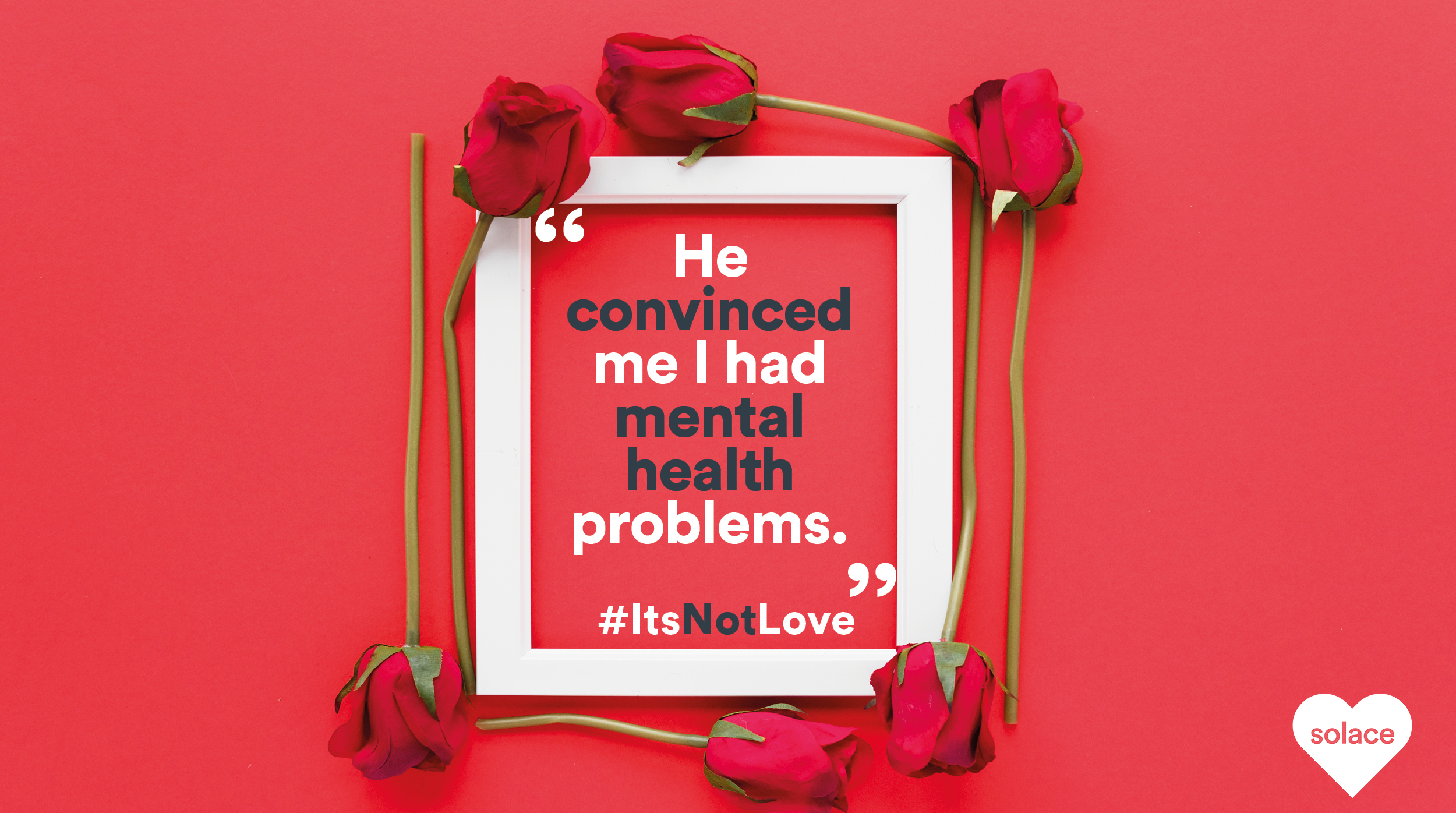 Mira arrived at the refuge with her 3 children. She had been married to the perpetrator for 25 years and suffered a prolonged campaign of coercive control, manipulation and gaslighting. He had convinced both herself and doctors that she had severe mental health problems, leading to her admittance into a mental health unit.

Her social workers and support workers realised that Mira was experiencing domestic abuse and supported her to find a refuge space that allowed her to flee with her children.

Mira and her children were about to move on from the refuge and into temporary accommodation when the pandemic hit, and the UK was forced into lockdown. It was decided that in these unprecedented circumstances, the family would remain at the refuge.

Despite the difficulties this presented, Solace worked with Mira to liaise with the Suzie Lampard trust (where she was allocated a cyber stalking specialist). We also provided donations of toys and games, alongside supermarket vouchers and emotional support throughout lockdown.

“I am completely overwhelmed with the kind generosity and support that I have received during this difficult time.”

Mira and her children are now ready to restart their lives together.

Gaslighting and manipulating someone until they feel that they are mentally unwell…that’s not love. 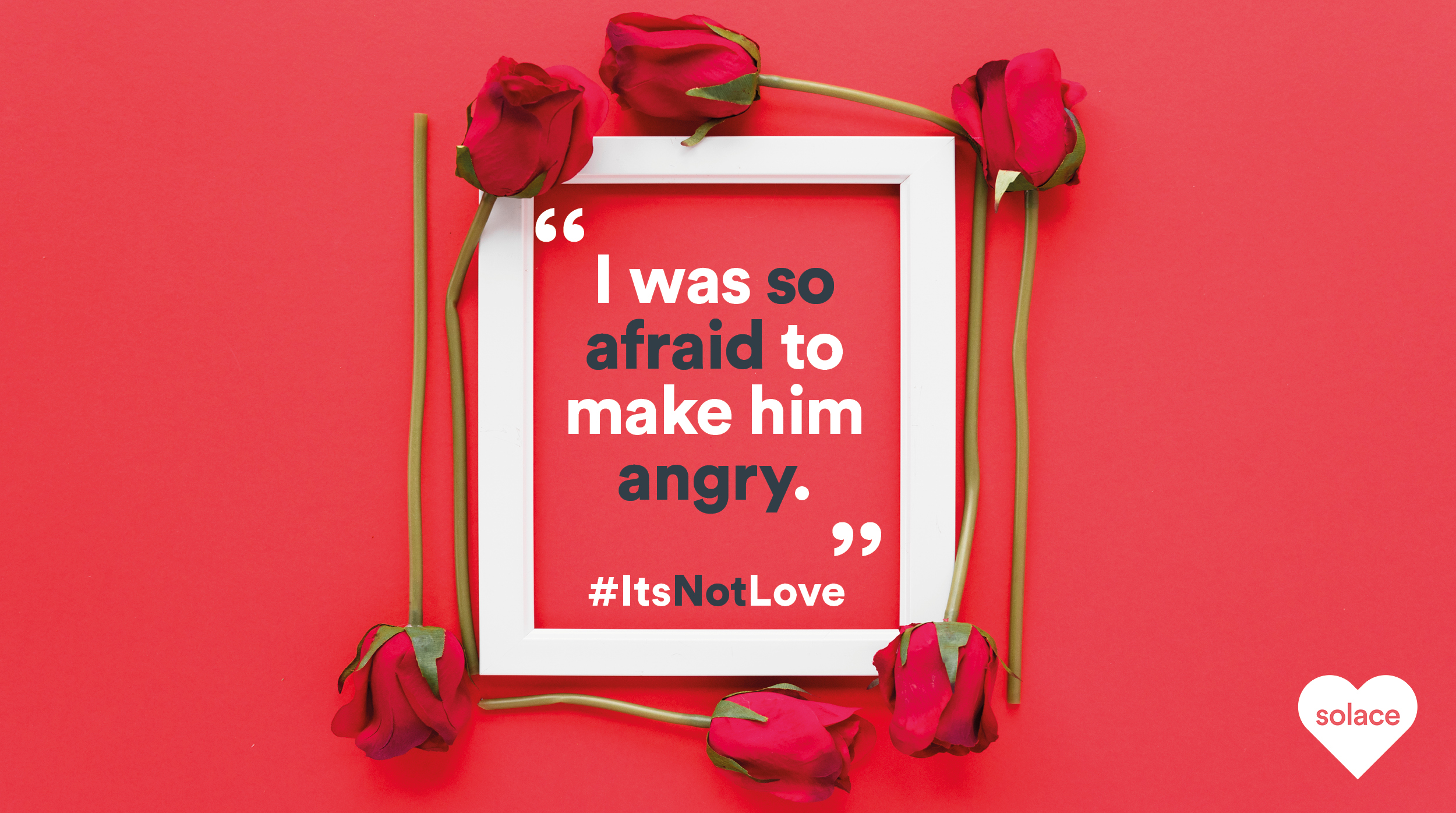 Laura had been experiencing domestic abuse, specifically emotional and verbal abuse, as well as stalking, harassment and jealous and controlling behaviour, from her husband for over 10 years. She was confused and distressed by her husband’s constantly changing behaviour; he would be horrible to her on some days and extremely nice on other days.

“I excused this behaviour by rationalising that he only acted this way because he loved me a lot.”

She was referred to Solace by her GP after she made disclosures of ‘issues with her partner’. When she first started seeking support from Solace she disclosed, “I am unsure whether I am experiencing domestic abuse but I am very afraid; afraid to make him angry, afraid he will take my son away and afraid to leave him”.

Laura was very afraid that if she left her husband he would kidnap their son, stating that her husband had told her if she left there would be nowhere for her to go or anyone to support her. Laura was isolated from her family. Her husband is the only person she knows in the UK.

After her referral to Solace, Laura’s caseworker discussed the concept of ‘love bombing’, explaining that perpetrators of domestic abuse usually do this to maintain control. They also discussed the power and control wheel with her to provide her with a better understanding of the dynamics of domestic abuse. Laura was then able to identify other ways that her husband maintained control over her.

“This was a complete relief, I really thought I was going crazy, it's so comforting to know that it's not my fault.”

Blowing hot and cold so that your partner never knows where they stand. That’s not romantic.