Affection today, abuse tomorrow. Valentine’s Day can be just another chance for abusers to use coercive control.

This Valentine’s Day, Solace has launched the #FleetingLove campaign to highlight how abusers shower their partners with affection as another chance to use coercive control.

#FleetingLove gives a stark reminder of how ‘love bombing’ can play a part in the cycle of abuse. Just like in real life, abuser’s romantic words and messages are soon replaced with intimidating behaviour and other forms of abuse.

Women in abusive relationships live their lives in a hyper-alert, anxious state, not knowing what mood or message awaits them each day.

‘Fleeting Love’ uses Twitter’s new 24-hour Fleets feature to echo the way abusers love bomb partners with affectionate messages on 14th February. The messages, reminiscent of Valentine’s cards, carry overly sentimental statements such as ‘You mean the world to me’ and ‘You’re the one, the only one’ but all carry an asterisk ‘Today only’.  And, as they are Fleets, they will disappear within 24 hours. This reflects the way that affection shown by abusers on Valentine’s Day fades once the day is over when domestic violence will continue as before. 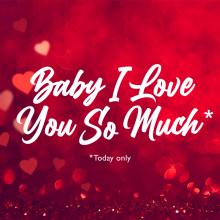 If you’d like to make a donation to help Solace support more women experiencing abuse:

For information and support around love bombing and coercive control

“Despite the gushing messages they receive on Valentine’s Day, many women will be spending the day in fear – though they are expected to play the loving partner. Abusive partners use coercive and controlling behaviour, such as false and over exaggerated affection to keep a hold over their partners to stop them from leaving the relationship.”

In the early days of our relationship I remember my ex-partner was so overly affectionate and full on. It started pretty soon after we got together – he would buy me lovely gifts and take me on elaborate dates, I was really flattered and amazed that he was doing so much to impress me. He always said ‘I’m obsessed with you’ and ‘you’re the first person I’ve ever felt like this about’ – it made me feel really special but looking back it was a red flag that things weren’t right. Our relationship moved really quickly – he wanted to meet all my friends, and soon he didn’t want me to see them without him. He said it was just because he wanted to be with me all the time – I had no space to be myself.

He pressured me to move in with him and got me to change jobs, and always masked his controlling action as his care for me ‘I’m trying to show you how much I care’ he would say and ‘I’m doing it all for your own good’.

We had some really good times - especially when we went away on holiday and had a break from reality – he showed me type of person I wanted him to be. But as soon as it came, it disappeared again and I was left waiting and hoping that things would be good again.

When the physical abuse started he used to use affection and gifts to make me stay, to make me think he cared, to make me forgive him. I remember one night he attacked me violently and the next day he was so being kind and asking what food I would really fancy and where he could take me for dinner. It was so confusing at the time – now I can see it was all part of the control and manipulation of an abusive relationship.