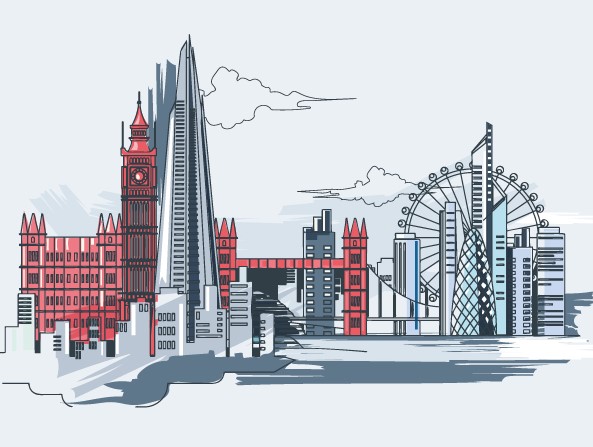 Congratulations to Labour’s Sadiq Khan on his re-election as Mayor of London. We look forward to continuing to work with Mr Khan and his teams at MOPAC and City Hall to end violence against women girls in London.

In response to our campaign, Sadiq Khan said,

“I want London to be a city where every woman and girl feels safe and valued. Sadly, we already know that home is not always a safe place for everyone, and I am deeply worried about those who feel threatened or unsafe in their own homes, particularly during the pandemic. As part of my record £60 million investment in preventing and addressing Violence Against Women and Girls (VAWG) I’ve committed £44 million to specialist services for victims of sexual abuse and domestic violence. I’ve also launched a £1.5 million programme to provide emergency accommodation for Londoners and their dependants fleeing violence and abuse including those with no recourse to public funds, as well as LGBTQ+ and male victims. Working with Solace, I have provided specialist support to victims of domestic abuse through my £50 million Move On programme. And I’ve invested £2.5 million in addressing the behaviour of abusers.

“I’m determined to ensure our city is safe for everyone and look forward to continuing to work closely with organisations like Solace to deliver many of the goals they have set out. If I’m re-elected on 6 May, I’ll refresh my VAWG Strategy to take a public health approach with a focus on prevention and responding to changing pressures, and continue to support those who suffer from domestic abuse with support. I'll work to ensure that migrant victims can access help without fear, and provide safe and informal spaces for victims from Black, Asian and other minority ethnic backgrounds.

"I’m also clear that men simply must change – and that starts from an early age. As well as continuing to invest in programmes to change the behaviour of perpetrators of abuse, I’ll continue to support sex and relationship education in schools to promote learning and positive, healthy relationship and counter early unhealthy attitudes and behaviours which can, if left unchecked, evolve into bigotry and even violence.”

Ahead of the elections in May 2021, we asked Mayoral and Greater London Assembly (GLA) candidates to sign four pledges to demonstrate their commitment to ensuring that all women and girls can live free from the fear and reality of male violence In London and flourish in this great City. 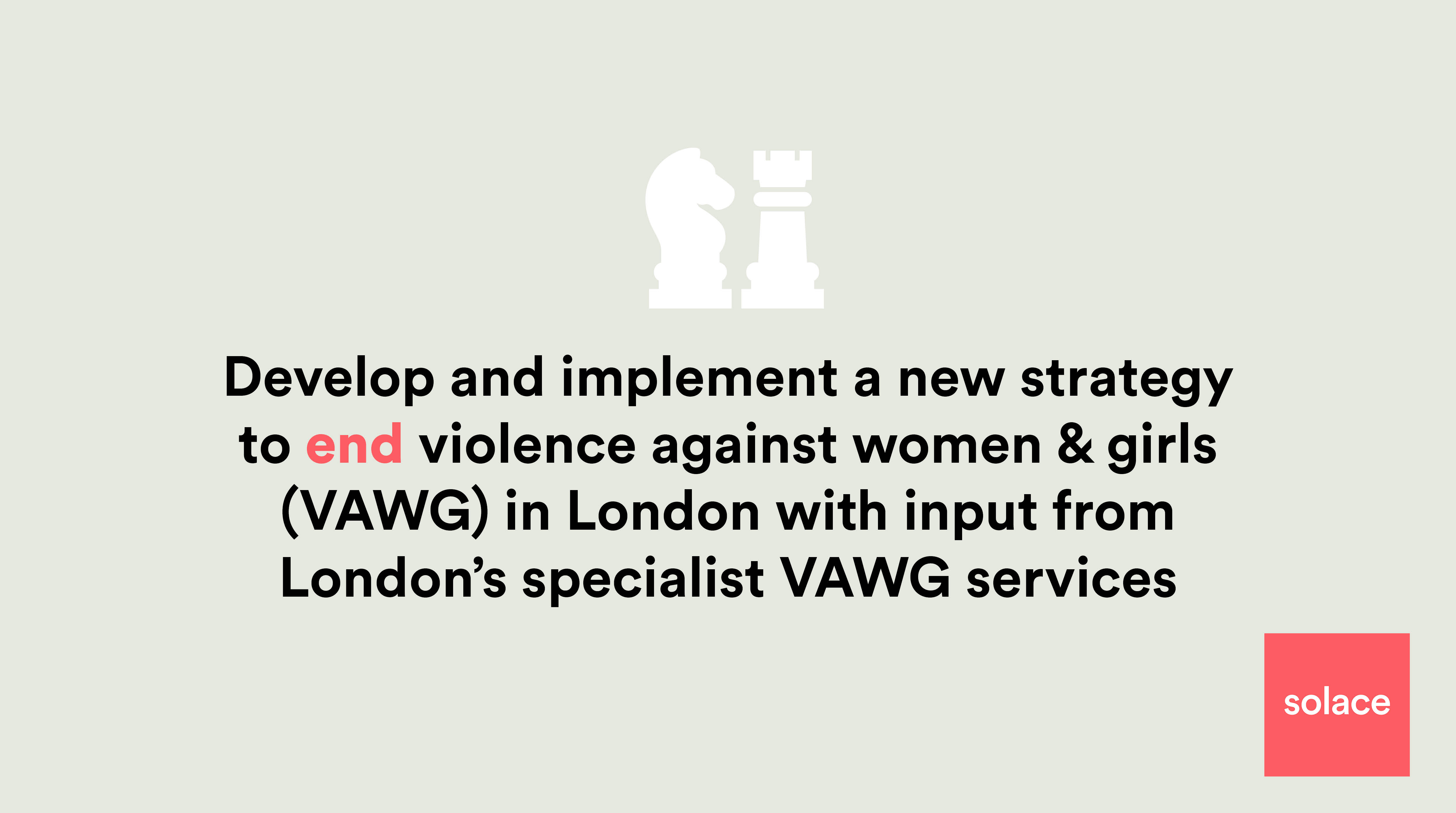 Develop and implement a strategy to end violence against women and girls for 2021-24, encompassing and not delinked from domestic abuse, with specific commitments that the strategy will: 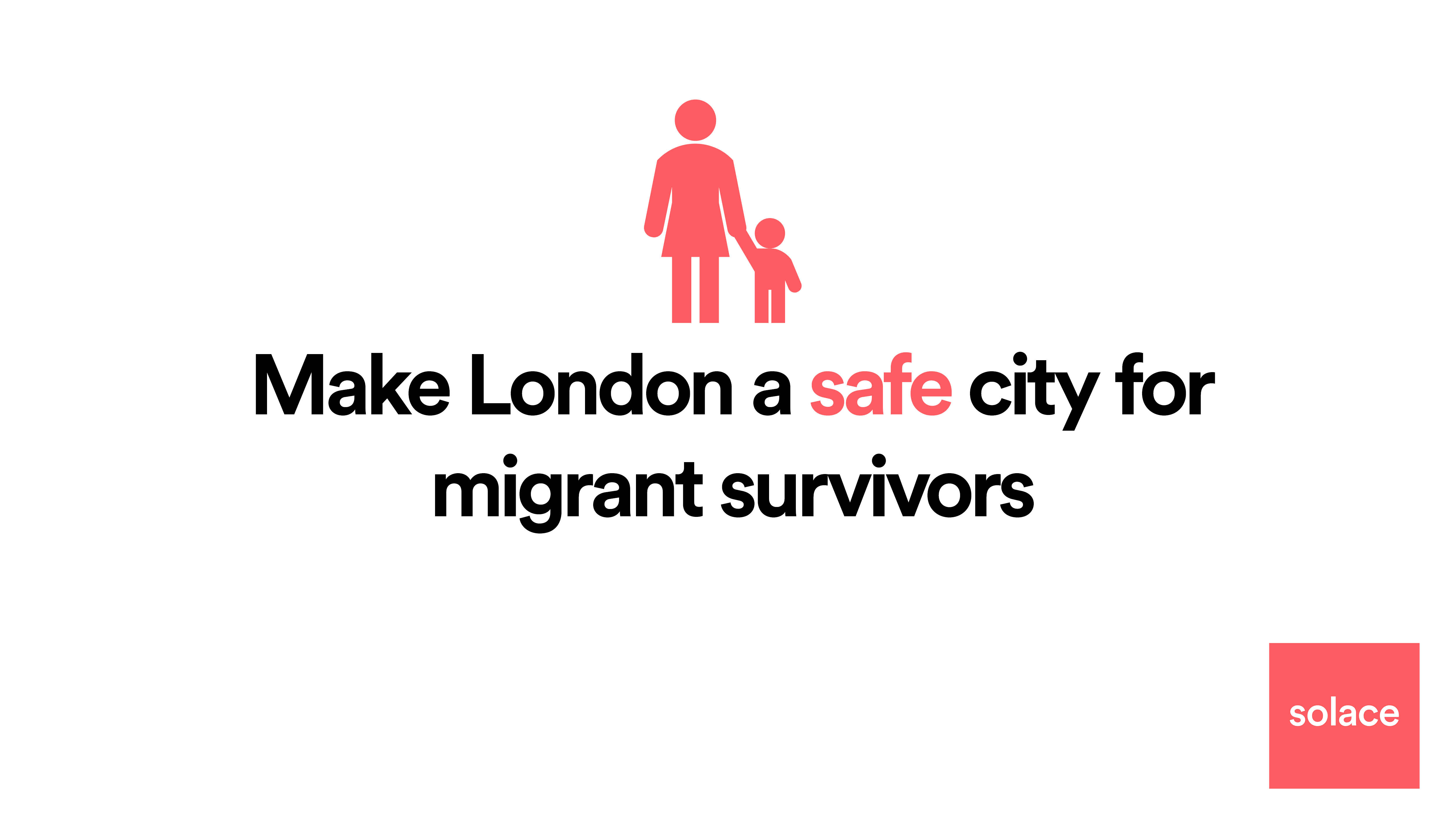 Make London a safe city for migrant survivors by: 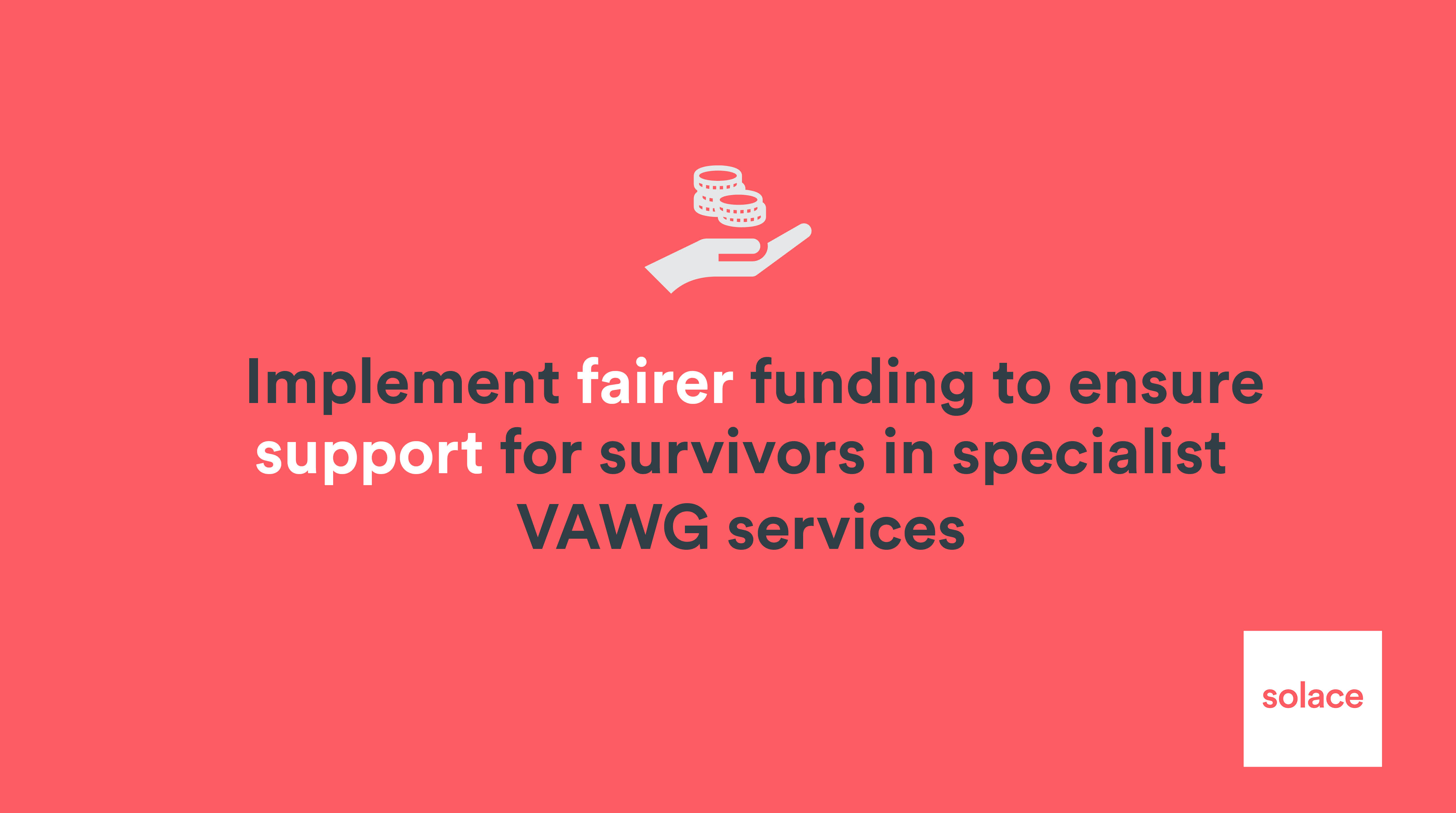 Commit to fairer funding practices for VAWG by:

Prioritise safe, affordable and suitable housing for survivors of VAWG 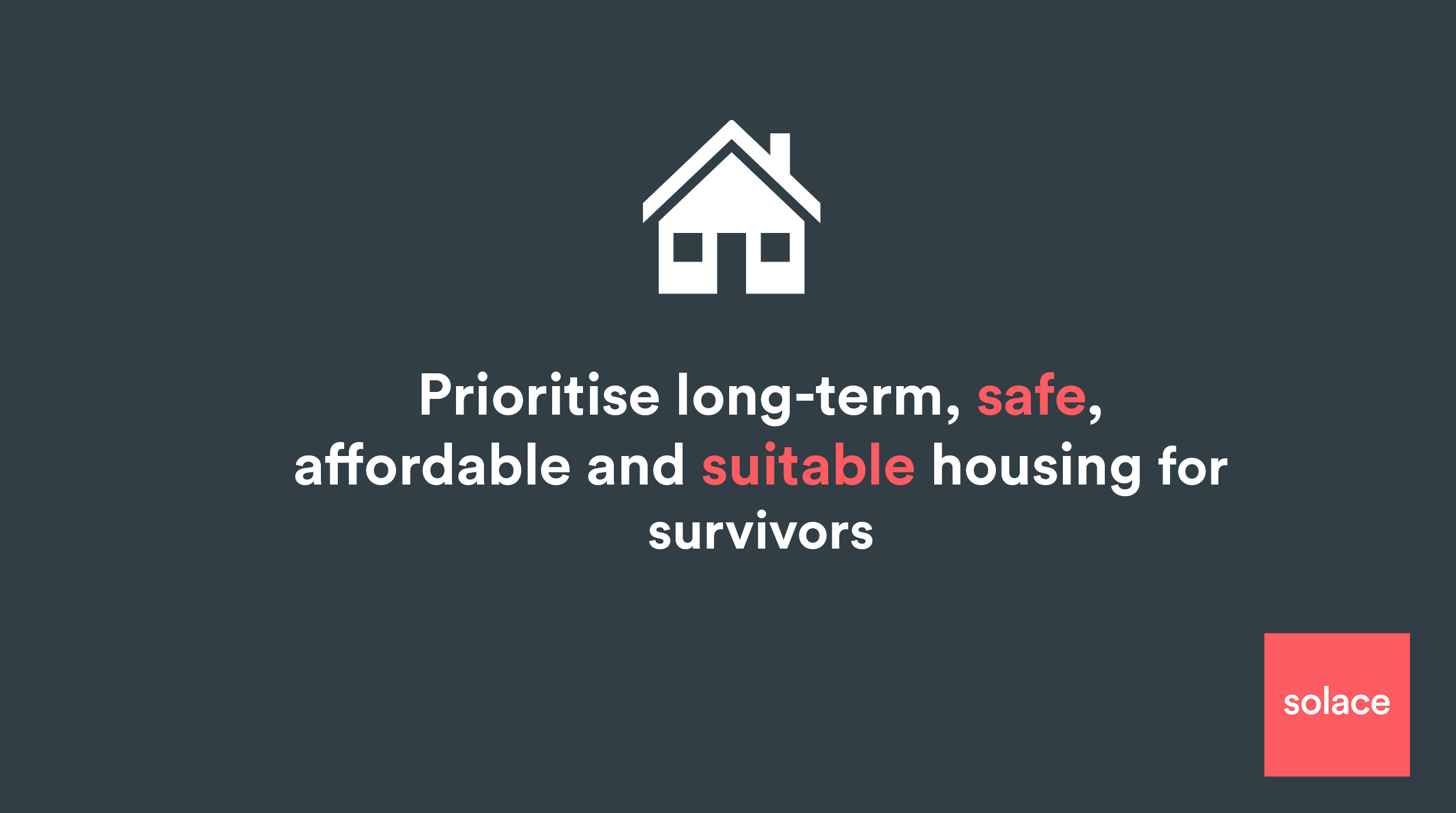 Ensure that survivors are able to secure long-term, safe and suitable housing, along with specialist support, to begin to recover and not be retraumatized by multiple moves in London by:

Read more about our priorities for the new London Mayor and Assembly below :