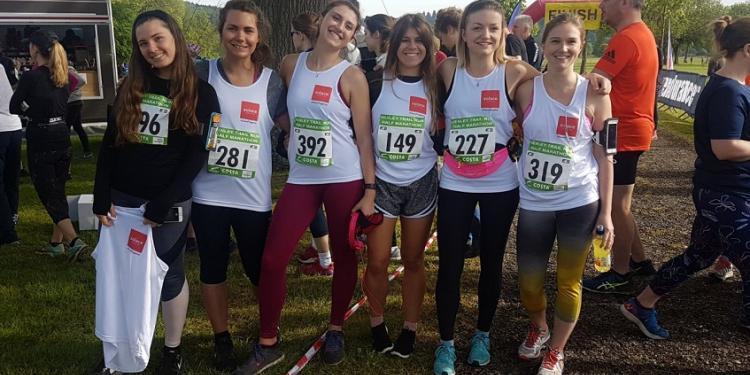 A group of seven of us ran the Henley Half Marathon for Solace. It was originally intended to be an all-female team (girl power!), but one of our runners sprained her ankle a few weeks before race day. Luckily her boyfriend valiantly stepped up at the last minute and took her place, despite having done no training - and we were over-the-moon to have him join us (even though his pace was somewhat speedier than we expected, or could keep up with).

The plan was hatched over a few mulled wines last Christmas, after one of our friends opened up about harassment and general misogyny in the workplace. I had been on a handful of jogs, and another wonderfully determined member of the group had recently recovered from knee surgery…so it felt like an appropriate challenge!

We started a Just Giving page, set a fundraising target, and primarily used social media to share our story. Our original target of £1000 was met, and then doubled; something we really didn’t expect which left us humbled. A huge thank you to everyone who supported us.

Side note: big shout out to our group’s resident baker Jess, who put on a colossal work bake sale and managed to raise over £230 – and a huge well done to her colleagues for eating so much cake.

On the day a rabble of our friends and family had collected to cheer us over the finish line, and after the race we went out for lunch to celebrate (and recuperate). Parents and pals chatted, everyone was deliriously happy from relief, heat & beer, and I even met one runner’s fiancé for the first time. Overall it was such a lovely afternoon that we agreed it would be worth doing it all over again, just as an excuse to get together… though since then the muscle ache has kicked in, and we haven’t brought it up again (yet).