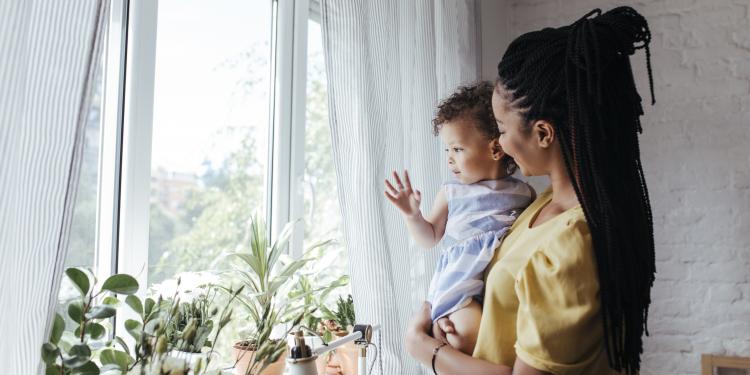 “I was with my husband for 5 years. He slapped me and strangled me. I realised his threats were about controlling me. One night I called the police and knew I had to leave, I had to get my children safe. I wish I found Solace faster. In Solace’s refuge I was happy, I had lots of people support me, encouraging me.”

My name is Jasmine and I have been living in one of Solace’s Refuges for 2 months.

The first month was the most difficult, it was a big step but all I knew was I had to get away from my husband. I came to the UK on a spousal visa. I thought everything was going to be amazing, I sensed freedom.

He stopped me talking to my friends, he said if I got in touch with my friends, he would find out and divorce me. I didn’t speak to my friend for 8 months.  His behaviour got worse. He dragged me up the stairs and pulled me inside the house. He slapped me and strangled me. He was calling me all sorts of names, it was the worst night of my life. The neighbours called the police. He told me what to say to them, I stuck to what my husband told me to say because I was scared.

I was with my husband for 5 years, when I found out he was paying for sex. He told me it was my fault, because I had stretch marks after my 2 pregnancies. I realised his threats were about him controlling me and so he could still continue living his life without question.

One night I eventually called the police and because I knew I had to leave.

The first couple days in the refuge we had a safe bed, I was happy, I had a place to stay, my 2 children were safe. There are loads of people that are supporting me, encouraging me at Solace, helping me be a role model to my children.

The difference Solace has made in my life is huge, but I wish I could have found them sooner. That I didn’t have to call the Police again.